Clarke: Football In the State of Michigan Will Be Great … in 2018

The end of the 2016 college football season marked a low point for Michigan and Michigan State fans alike. The Wolverines dropped three of their final four games after a 9-0 start. The Spartans capped their worst season record-wise since 1994.

The offseason was a smash hit for one side. Michigan went to Rome and Jim Harbaugh caught inevitable media attention. Mark Dantonio and the Spartans, on the other hand, faced questions about sexual assault charges and bad locker room chemistry.

Heading into the 2017 season, both teams are filled with younger bodies. The Wolverines led all of college football with 11 players drafted in the 2017 NFL Draft. The Spartans dismissed four-stars Donnie Corley, Demetric Vancese and Josh King and return very few seniors.

Both teams are bringing in substantial talent bases. Dantonio and Harbaugh are some of the best recruiters in the country so on-field talent will be present. 2017 sets up to be a maturity race: how quickly will the young players on each team fit comfortably into their roles? Come 2018, both teams will look scary. Let’s look first at the Wolverines:

Head Coach Jim Harbaugh has built an incredibly solid foundation for the Wolverines. He turned a 5-7 Michigan team into a 10-3 team upon arrival. He also put together the nation’s eighth ranked recruiting class in 2016, fourth in 2017. Yet, after consecutive 10-3 seasons, Michigan fans are still asking for more. Expectations are back in Ann Arbor.

It will be a steep climb to meet them in 2017. The Big Ten East is crowded up top, with Penn State and Ohio State coming off 11-win seasons in 2016. The Nittany Lions return most of their offensive weapons and the Buckeyes continue to retool around returning quarterback J.T Barrett. Michigan, on the other hand, loses the majority of playmakers on both sides of the ball; runningback De’Veon Smith, receivers Amara Darboh and Jehu Chesson, tight end Jake Butt and three offensive line starters are all gone. They also lose Jabrill Peppers, four other defensive backs and three starting defensive linemen. A lot of fresh bodies will be plugged into spots on both sides of the ball.

The Wolverines are still primed to be a top-15 program this upcoming season, but four tough matchups (Florida, Wisconsin, Ohio State, Penn State) and inexperience across the board will make it difficult to gain ground in the loaded top of the Big Ten.

Where Michigan can really make noise is 2018, when nearly the entire offense will return from 2017. Quarterback Wilton Speight, runningback Chris Evans and Donovan Peoples-Jones (the nation’s highest ranked receiving prospect) will presumably highlight the offense. Defensive end Rashan Gary, who was ranked the country’s number one incoming freshman for 2016, will lead a defense with nearly everyone returning. And let’s remember, the incoming players filling in Michigan’s roster comprise the eighth and fourth best recruiting classes from the last two seasons.

Michigan has another difficult schedule in 2018, but they should be favored in games against Notre Dame, Wisconsin and Penn State. They finish the season at Ohio State. If that game goes Michigan’s way, look for a possible national championship appearance. 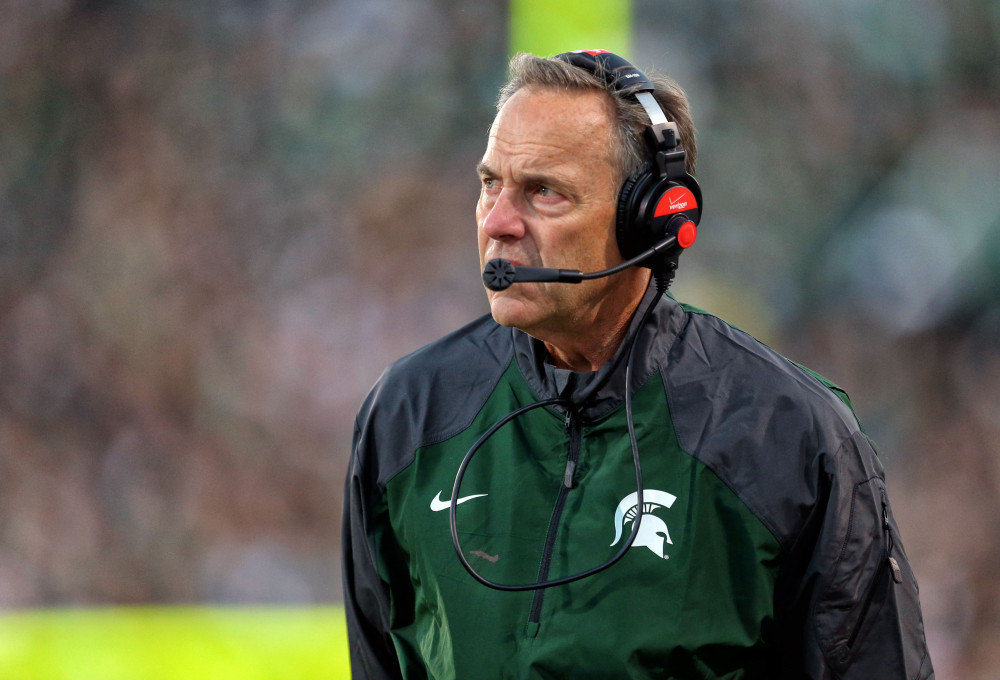 Despite being a year removed from the College Football Playoff, the Spartans hold much lower expectations. Last season produced an out-of-nowhere 3-9 record, which completely shifted the trajectory of the program. While UM fans are hoping for a Big Ten title in 2017, Spartan fans will be satisfied with a winning season. Again, the talent is there to do it. The questions surround MSU’s experience.

The dismissal of players from the sexual assault charges put a damper on MSU’s 17th-ranked recruiting class following 2015. However, young talent still remains, and a crop of new faces will align Michigan State’s defense. The Spartans may struggle again giving up points, but a year of experience for a slew of new players should bring out leadership positions for 2018.

An exciting offense should keep State competitive. Sophomore Brian Lewerke has the keys at quarterback and L.J. Scott leads a solid backfield. The Spartans don’t bring much receiving experience to the table. Felton Davis lll is the leading returning receiver from last year and he caught just 12 balls in 2016.

Bad locker room chemistry leaked into the media last season and Michigan State is obviously looking to turn that around for the future. Runningback Gerald Holmes touted the culture so far heading into the 2017 season.

“One thing I can say is (the freshman) [are] a group of guys willing to work and listen,” Holmes told internsbigten.com at Big Ten Media Days. “A lot of them come up to us and ask us questions like, ‘what do we need to do,’ or ‘how did you deal with this when you were a freshman.’ The guys are really eager to learn.”